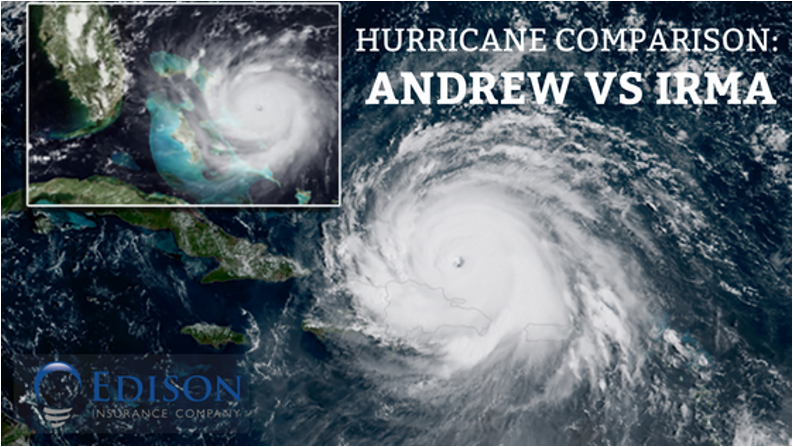 Irma: Hurricane Irma hit Florida as a Category 4 Hurricane with winds at 185 mph and gusts reaching a whopping 210 mph.


Their Track in Florida:

Andrew: According to Accuweather, Andrew churned along the east-to-west coast of South Florida rapidly. Particularly causing the most damage to southern Dade County.

Irma: Hurricane Irma went along the west coast of Florida, from the south to north. Irma caused damage to such a large area of the State due to its track and spread out hurricane-force winds.

Irma: Due to Irma's size and strength, the Office for Coastal Management reports the damages to cost roughly $50 billion. Which puts Irma in the top 5 of the costliest hurricanes on record in the United States.


As we hope to never have to endure another hurricane like Andrew or Irma, it is always important we are informed and prepared. Check out our blog for useful hurricane preparation tips and information. For a more in-depth look at the comparisons between Andrew and Irma, click here.

Keeping your family and home safe and protected is Edison Home Insurance Company's number one priority. We have taken a bright and innovative approach to Florida homeowners insurance with coverage options allowing you to customize a policy to best fit your needs. To learn more about Edison Insurance Company, or to get a personalized quote, call us at (866) 568-8922. 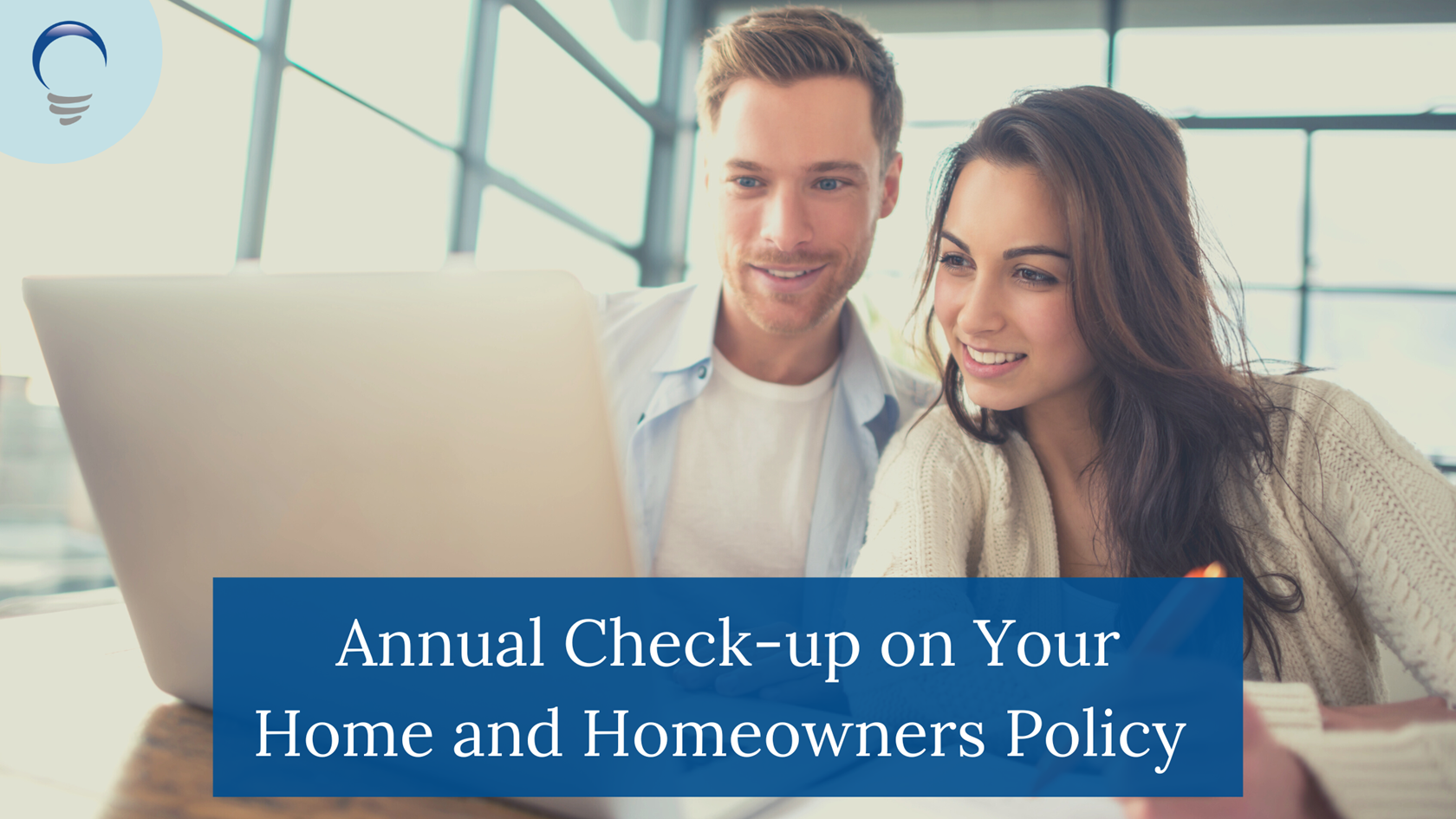 Read about a few things which should be on your check-up list this year.
By
Edison Insurance Company
January 2, 2023 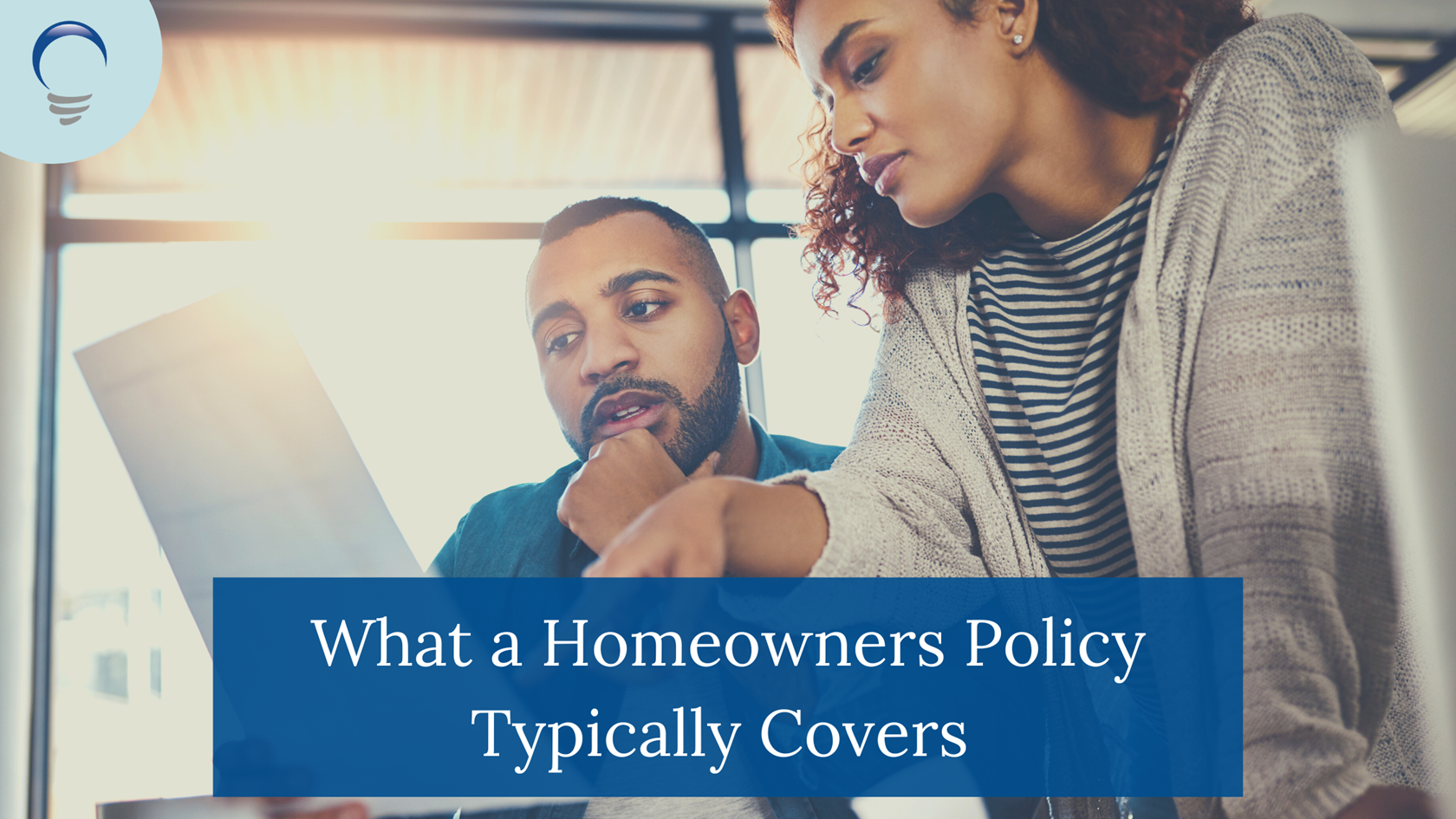 Read our post to better understand the different types of coverages available for Florida homeowners.
By
Edison Insurance Company
January 2, 2023 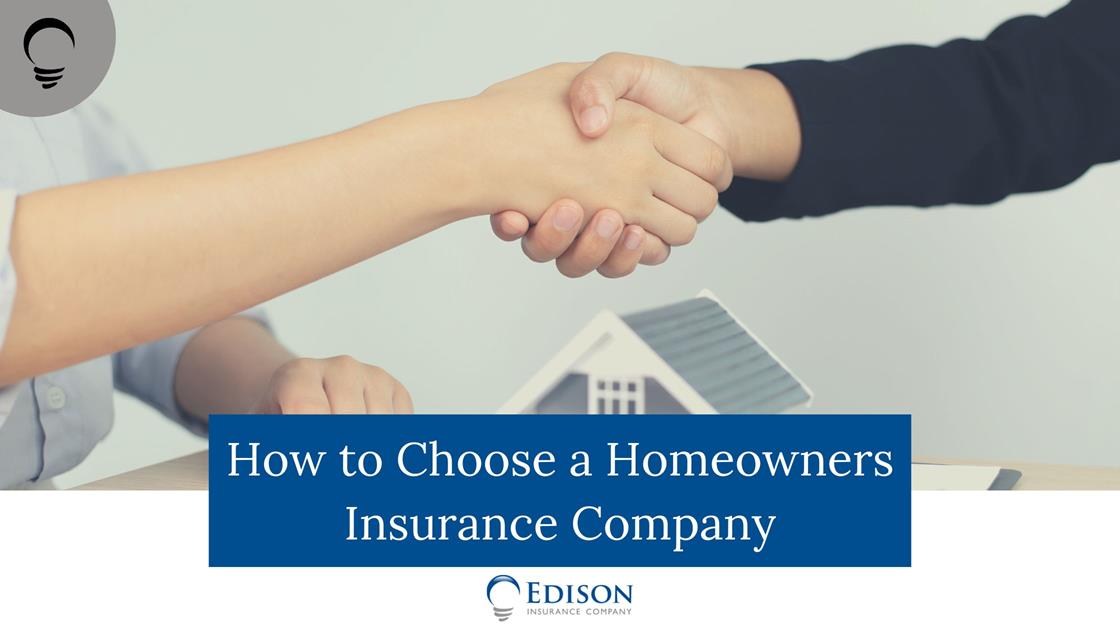 How to Choose a Homeowners Insurance Company

When purchasing a new home or renewing your policy, it’s important to choose a dependable homeowners insurance company. By doing research on different companies, you can find a carrier you can trust and who will fit your needs. Read our post for a few tips on what to look for in a homeowners insurance company.
By
Edison Insurance Company
December 1, 2022
Link to the blog copied to clipboard.